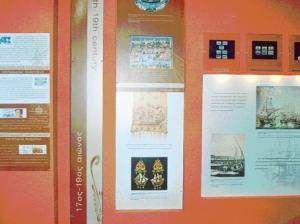 The sea is one of the features that characterize the Greek way of living. Since the early years it became the bonding link with other cultures and consist the water path that expanded through the first colonization, the Greek presence to the confines of the known world of that time. The nautical art constantly developing became the powerful tool in the hands of Greeks, first to enforce their commercial acumen and then to be used for martial aims.

Sport museum renders tribute to the element that gave birth and saved the Greek spirit, aims to bring the public close to the Nautical Art and Nautical Sports, to help the public and specially children to love the oar and the sail, symbols of the eternal battle between the man and the sea, the race to harness its endless power.

Be a part of the International Olympic History!